I love continuous integration. Why?

CI helps my forgetfulness in that it reminds me what needs to be done to build, test, run, and deploy the app.

CI helps my tendency to break stuff in that it stops my changes to getting to other teammates, or worse, production.

I’ve used a lot of CI tools and spent a lot of time trying many tools out: Bamboo, TravisCI, CircleCI, SnapCI, CodeShip, GitLab, Shippable, Concourse, Jenkins, and TeamCity. Despite this, I’ve really only scratched the service. The CI/CD tooling space is exploding. Stackify lists 50+ of them. Although it’s a bit overwhelming with so many options, it’s also super refreshing that we have so many options beyond that crusty Jenkins instance.

Here are some of my top 2017 criteria for evaluating a CI tool: 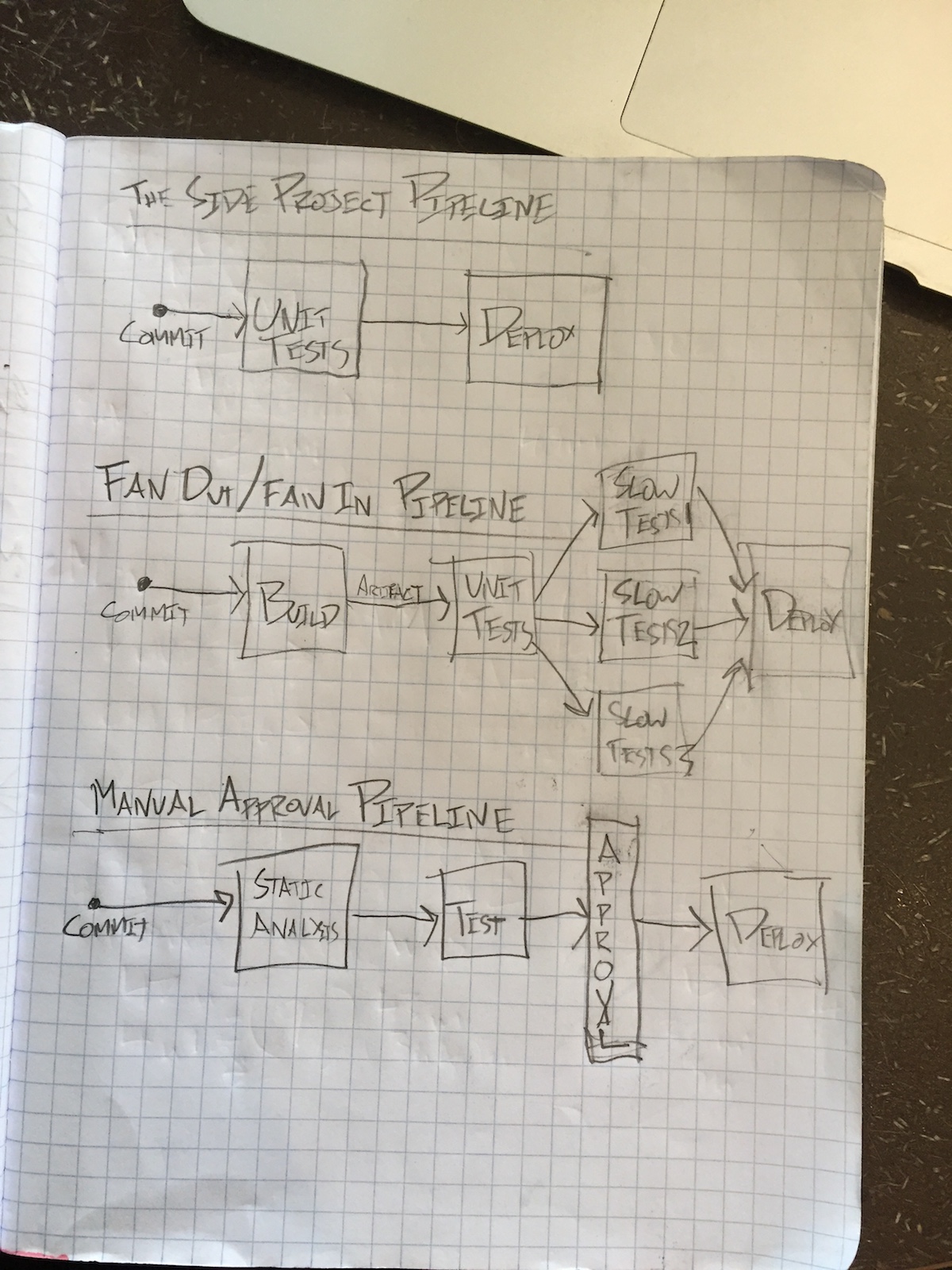 The pipeline should be unique to each project. It’s surprising to me how many services are out there today that market themselves as a “Continuous Delivery Solution” yet they have no ability to customize the CD pipeline. This filters out many tools as they lack the ability to add additional custom stages in the pipeline, run tasks in parallel, or allow for manual triggers mid-pipeline. The CD pipeline is just like other pieces of the code base, as the project matures and changes the CD pipeline will need to be refactored, iterated upon and expanded.

In my next post I’ll share my new favorite CI/CD tool that has really blown my socks off. It nails all of the criteria above and more. It’s that good. What criteria do you have in a CI tool? Are there any deal breakers for you?